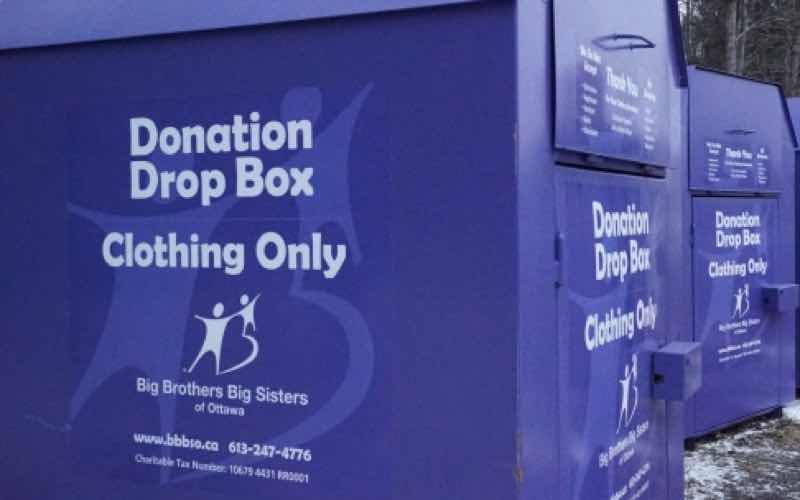 A charity organization in Canada has decided to resort to GPS tracking to protect their charity bins from being stolen.

Big Brothers Big Sisters Ottawa, a no profit organization based in Ottawa and Outaouais keeps large donation bins at schools, grocery shops and other public locations where people deposit used garments, toys and household goods. The charity says the donations come up to 10,000 dollars a month when sold. They either sell these to support mentorship programs for kids or are given away to families or in Christmas hampers.

During the last few months they had a dozen of these bins stolen. In some cases the items inside the bins were taken and the bins were vandalized by removing their identifying stickers. After the attack the bins were left to look like big garbage cans. The no profit charity has competition from other for-profit organizations in the region who sell clothing in bulk overseas.

Each bin costs around 2000 dollars and the company has decided to protect these by installing GPS trackers inside them. The plan is to weld the trackers deep inside the bins so that they cannot be removed by the vandals. The moment a bin is moved alert can be triggered and authorities can take immediate action. So far, the police have been unable to identify or catch the thieves. With the introduction of GPS trackers it is hoped that their assets can be protected in future.